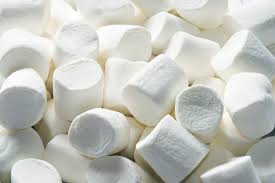 Perhaps feeling guilty for not posting for some time, I went away to do some research into self-control. Whilst writing a regular blog is an incredible way to top up your knowledge of an eclectic range of areas within a specialism you love, the devil is in the discipline.

Interestingly enough, the stars seemed to align as they say, around the topic of delayed gratification. Having recently worked with a financial advance organisation, heard Daniel Kahneman give a talk in London, worked closely with a Social Neuroscientist and lastly, had my attention drawn to Walter Mischel’s groundbreaking studies in this area – it suddenly struck me. Obvious really, I’m sure you’re thinking as you read this; human decision making is paradoxical and we are terrible with ‘inter-temporal choice’ or choosing between outcomes that will be delivered at different points in time (Ainslie, G. & Haslam, N., 1992).

What compels someone to make the decision to forgo a more prosperous future, for an instant reward? Pleasure now, and in many cases pain later. What drives an individual to abstain, resist or control themselves today in order to work towards a desired goal? Pain now, pleasure later. Perhaps it’s as simple as ascribing someone as impulsive and a thrill-seeker versus a shrewd and disciplined operator. Personality factors in, which we can also relate back to a biological/ neuroscientific level as well as the environment in which development took place. As many school headmasters and army generals will attest, discipline is something which is taught but are some of us more naturally likely to delay gratification?

For many of us Psychology nerds, it’s always interesting to hear stories about prominent Psychologists. So when Prof Bob Hogan, last year at The Psychometrics Forum spoke candidly about Walter Mischel and how he stumbled across his now very famous findings through one of his grad students – serendipity came to mind. So too did the interesting implications of the conclusions of the longitudinal (over a period of years) study.

These children were followed up in their adolescent years and the findings were striking. Those who delayed gratification were more likely to score higher on the SATs, and their parents were more likely to rate them as having a greater ability to plan, handle stress, respond to reason, exhibit self-control in frustrating situations and concentrate without becoming distracted.

40 years passed, and these preschoolers were now adults. The results were sustained. Those who delayed gratification were more likely to perform better at various self-control tasks compared to those who avoided that single marshmallow, over four decades prior to this!

What then, determines self control? Mischel suggests that metacognition or thinking about the way we think is critical to this ability. In particular, if we’re able to distract ourselves from the temptation, we’re more likely to avoid falling into the trap of succumbing to its appeal.  So, it seems to boil down to the strategic allocation of our attention or will power – bad news for procrastinators, in the era of Whatsapp, Snapchat, Instagram, Twitter, Facebook, LinkedIn, Netflix, etc. As Mischel puts it – “once you realise that will power is just a matter of learning how to control your attention and thoughts, you can really begin to increase it.”

This has real implications for everyday life e.g. the management of money, and how we can as individuals control our personal debt and as a society, change the incumbent culture of credit dependence. Perhaps advances in social neuroscience will give us answers or at least explanations. The mindfulness movement aims to do exactly this. One of the benefits of this practice includes improving concentration and ability to allocate attention, by strengthening the top-down control of the Anterior Cingulate Cortex (ACC) region of the brain over the Insula and then at the lowest level, the Amygdala. In effect, the more sophisticated cognitive centres of the brain are able to ‘turn down’ the more primitive signals coming from the limbic regions of the brain (e.g. Amygdala).

As I read further into this area, it struck me that for decades, Psychologists have probably been talking about the same thing but defined at different levels, influenced by their school of thought. Neuroscience’s sophisticated executive control centres, Mischel’s cold system, Kahneman’s slow system and Freud’s Superego versus Neuroscience’s primitive limbic centres, Mischel’s hot system, Kahneman’s fast system and Freud’s Id all speak to the same struggle; control over impulse.  The question is; with all of these developments, are we any better placed to help individuals develop this control, compared to 100 years ago?